We will use the F-word without shame.
Without fear of being burnt on academic, economic and political fires.
We say it out loud:
Feminine.

Painful laughter
It feels risky just writing this word.
The F-Word never fails to stir conversations around dinner tables and in public debates.
Neither women nor men seem to find the concept of femininity especially compelling.
Why?

«The time has come to unleash our sacred feminine soul.»
The Texas-based author and activist Sera Beak is a small vessel carrying tremendous power.

At the amazing conference Emerging Women Live in New York in october, she deeply moved us with the story of how she has been told all her life:
To harden her voice and change her style to be taken seriously as a writer, and as a public speaker.

She delivers the story about how she made no compromises – held on to her true self.
With her soft, quiet voice she cuts right through to our very souls, and her words speak all the louder by it.
She tells us about the moment she spoke out publicly for the first time.

«My soul had its official debut, with all its fears and trembeling baldness. I felt as if I could fail in being myself.»

She talks about the resistance she met.
The arrogance.
The laughter.
The «good» advice for becoming more…..masculine?

Mental burka
At this point the big room at New York Sheraton is totally quiet.
400 female entrepreneurs and leaders – journalists and artists are brought to tears by the connection and the feeling of oneness.

We have this one thing in common: We want to be part of the shift in economic, political and academic realms.
We want to make the world a more playful and human place.
We want to help move humanity from an EGO-driven models to ECO-driven models.

Now we cry with Sera Beak.
We cry for all the mothers and grandmothers, sitting silent around dinner tables while the «big and important stuff» is being discussed.
As if their voices did not count.
As if their point of view was irrelevent.

All the while Sera Beaks question shivers in the air above us:
Do we write – work – risk being seen from our sacred feminine soul?
Do we dare?
Financewomen?
Businesswomen?
Mediawomen?
UN-Women?

Do we dare?
Or are we caught up in being «daddys good girls», as the super-feminist Valerie Solanas writes about?
Good girls playing daddys big and important game – exactly as expected of her?
Are we hideing our sacred feminine soul behind a mental burka?

I also know that the way out of this mental burka can hold both deep joy and terrifying anguish.

This past winter, in Norway, profiled business-women, like Hewlett-Packard CEO Anita Krohn-Traaseth, was criticized for being too «positive, pink and optimistic».
Profiled media-commentators (mostly female!) called it «sweetheart-communication» and «pink sugerspin».

This is exactly what Sera Beak is talking about!
This is the way feminine voices are hustled back to kitchens and living-rooms.
For not being «knowledgeable» enough – (what kind of knowledge?)
Not being «hard-kicking» enough – (do we really have to keep kicking each other?)
Bottom lie: Not masculine enough.

I am glad to inform you that it takes a lot more to quiet down a voice like that of Mrs. Krohn-Traaseth.
She is the author of the bestselling book Good enough for the Bastards, and she is now the CEO of the government council Innovation Norway. She has one of Norways most visited blogs, and her voice is truly innovative.
She is about the change the public conversation in Norway to a more joyful, open, creative and constructive place to be.

Feminine – what the f…?
”There is a big difference between being submissive and feminine.»
The Norwegian musician and artist Anne Grethe Preus puts it right in her song «Difference».

So let us join forces in emptying the F-Word once and for all:
Empty it for weak, sickly, sulky and cringing.
Empty it for compliant, submissive, inferior and invisible.
Fill it with flexible, courageous, cooperative, strong and generous.

«The new phase of feminism is not a gender-issue – it´s a human issue,» says Chantal Pierrat, founder of the Emerging Women-conference, and put the issue right where it belong – among human BEINGs.

«My liberation as a man depends on your liberation as a women,» says Tony Porter in his remarkable TED-talk «A call to men».
«If we teach our sons that being called «a girl» is insulting – what do we learn them about girls?»

Tony Porter encourages us all to also redefine the M-Word:
Masculine will be emptied of violent, rational, dominating and superior.
To be masculine will be brimming with concepts like considerate, listening, open-minded, strong, sensitive and courageous. Tony Porter at the stage during the TED-conference in California.
Foto: TED.com

Feminine spring
October has brought us indian summer in New York.
Soft, velvety evenings and warm, clear days.
But autumn is hiding in the bushes.
Blinking its red, yellow and dry leaves as if to remind us that the party of summer is soon coming to an end.

Only this time autumn is wrong.
This is just the beginning.
The future is feminine.

I will be very happy to hear your thoughts about bringing your holy feminine voice to the arena.
How do you talk about the F-Word, and how do you bring feminine power into your life? A deeply felt thanks to all women who Dear Greatly – and bring their holy feminine soul into the Arena.
Photo: Kathrine Aspaas 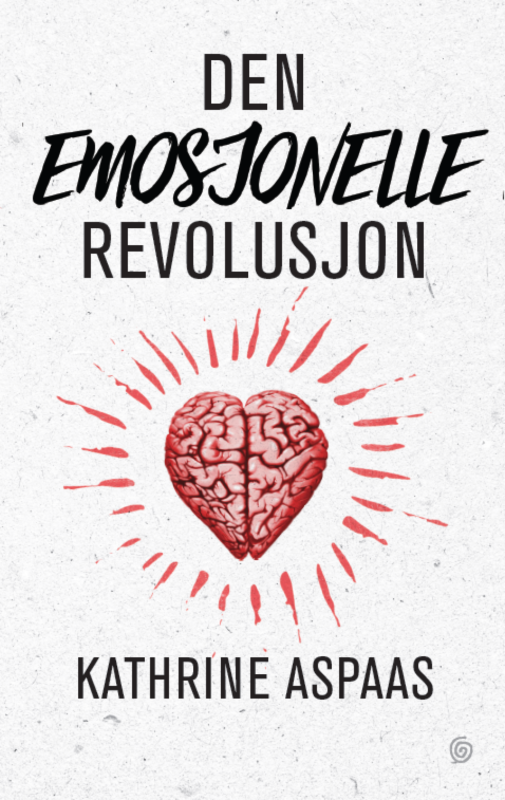 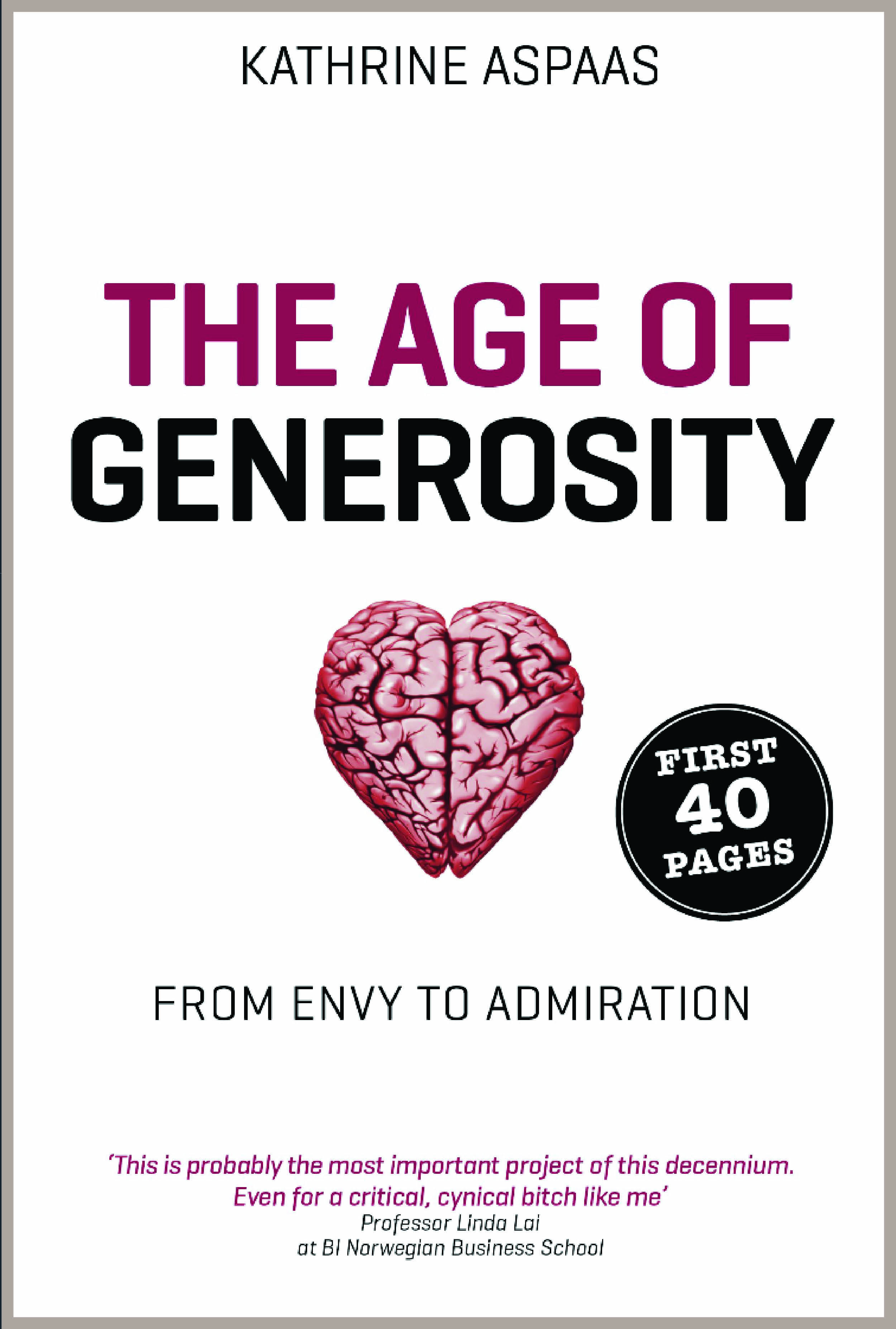 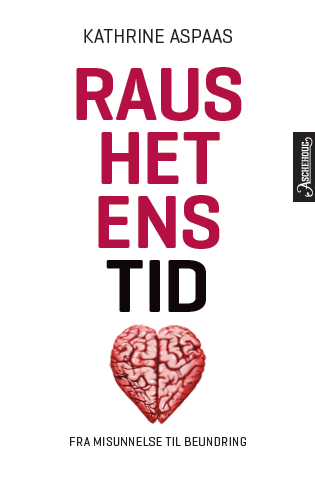